Zhanna Ismagilova is a jazz/pop singer from a very beautiful medieval city of Tallinn, Estonia. As a child she was noticed at an audition and asked to join a girls choir. Urge to sing leads her later to a vocal group, so she travels across the country with shows and concerts already as a group member, but the will of knowing the theory of music becomes stronger and Zhanna enters a piano department at a local music school. Later she finishes also G. Ots Music College, classical piano department. At the moment she has a degree of Master Of Arts in Education gotten in Estonian Academy of Music and Theatre. During her studies in there she attended numerous masterclasses and came across some significant people who showed her the world of jazz. She studied also in G. Ots Music College in a jazz/pop singing department. Alongside her studies in Estonia she also studied in the Netherlands in the Prince Claus Conservatorium where she met a lot of jazz musicians from all over the world and participated in masterclasses led by world’s famous musicians such as JD Walter, Joris Teepe, Don Braden and others.

For many listeners she is associated with rhythms of latin music, because that is the style she enjoys both singing and dancing. Furthermore, even one of Zhanna’s projects from Estonia carries Spanish name: Sonrisa Jazz Trio (in translation ‘Sonrisa‘ means ‘Smile’).

She created website by own, with a bit help from us. 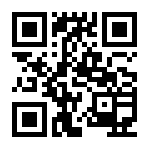 Show what you can.

Learn what you don’t.